Spoke helps people and organizations who are making our world a better place do more. We work with you to sharpen your vision and amplify your voice, to better connect with your donors, partners, grantees or clients. Here’s how… 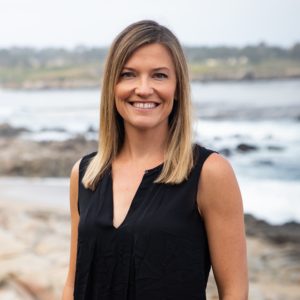 Erin Fogg has dedicated her career to making the world more equitable, prosperous, and just, working with a wide array of charities, philanthropists, government agencies, political candidates, and elected officials. Prior to founding Spoke Consulting, Erin was the vice president and highest producing consultant at a boutique strategic communications firm in Marin County.

Before making the shift to consulting, Erin served as a legislative assistant to Congressman Adam Schiff (D-CA 29). She caught the media relations bug working the press for her boss at the 2004 Democratic National Convention. Following her stint on the Hill, Erin worked as a political research analyst, specializing in international affairs.

Erin brings a richly cross-cultural personal background to her work. She has called both Indonesia and Spain home, and has traveled extensively across Europe, Asia and the Middle East. In 2000, Erin helped coordinate donor retention efforts for the Southern California office of the U.S. Fund for the United Nations Children’s Fund (UNICEF). She went on to found the U.C. Berkeley affiliate of the U.S. Fund for UNICEF (Bears for UNICEF).

Erin graduated with high honors from the University of California at Berkeley with a B.A. in Interdisciplinary Studies and a Minor in Spanish. She earned an M.A. in International Policy from the Monterey Institute of International Studies, where she specialized in negotiations and conflict resolution. She studied abroad at the Universidad de Alcala just outside of Madrid, Spain, and completed a graduate-level course of study at the Universitas Sam Ratulangi in Sulawesi, Indonesia. She is an alumna of Emerge California and the National Outdoor Leadership School.

Erin’s husband Trevor owns Blink Optometry in Carmel. Their son (Rowan) and daughters (Samantha and Brianna) are rocking the distance learning life. Their dogs (Delilah and Toby), cats (Brie and Bleu), and chickens (Rosy, Mimi, and Penelope) have been thrilled to contribute more regularly to everyone’s emotional wellbeing since Spoke took our work virtual in March 2020 to do our part in slowing the spread of COVID-19. 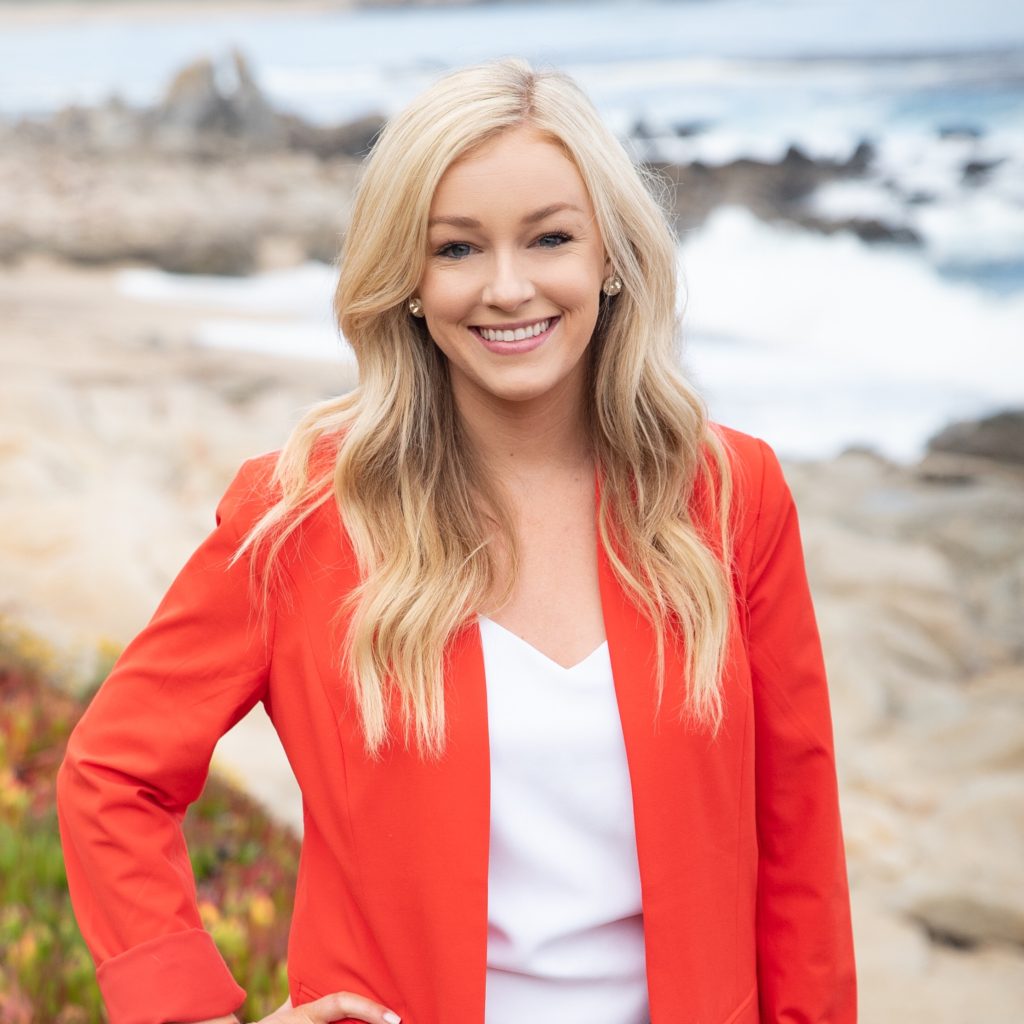 Kelsey is Spoke’s graphic design guru, leveraging her strong writing skills and experience with a wide array of communications tools to craft maximally effective visuals of all kinds. Kelsey returned to her native Monterey Peninsula after attending Principia College in Illinois where she earned her B.A. with an emphasis in Graphic Design. While attending Principia, Kelsey served as captain of the women’s lacrosse team and managed the women’s soccer team.

Prior to joining Spoke, Kelsey worked as the interim Communications Director at the prestigious Naval Post Graduate School (NPS) Foundation in Monterey. At the NPS Foundation, Kelsey led communications and graphic design for the school’s largest annual membership events.

In her spare time, she enjoys cooking, decorating and re-decorating her home, trying to keep-up while riding bikes with her dad, and sharing pieces of her life on her fashion and lifestyle blog, Blonde & Blushing. 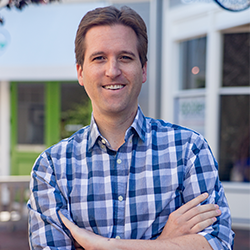 Cord brings a wide range of writing, research, content development, and instructional design experience to his role at Spoke. Prior to joining the Spoke team, he supported advancement efforts at an independent, nonprofit K-12 school, where he crafted messaging and communications, managed the school’s extensive grants portfolio, and built relationships with foundations, allied professionals, and fellow community members to support students who learn differently. After several years working on the front lines in the nonprofit sector, Cord has valuable experience and insight in leveraging client strengths and potential to inspire engagement, action, and change for social good.

Prior to his efforts in the nonprofit sector, Cord worked as a writer and content coordinator in support of the Defense Language Institute, where he helped develop area studies, cultural orientation, and language training materials. His work in this and other areas reflects his passion for communicating knowledge, ideas, stories, and strategies to support organizational effectiveness, community-building, and lifelong learning.

Originally from Wyoming, Cord has lived throughout the western U.S. and is happy to make his home in Monterey County, where he enjoys hiking and spending time with family. Cord holds an M.A. in Art History from the University of Texas at Austin and an M.S. in Instructional Science and Technology from California State University, Monterey Bay. 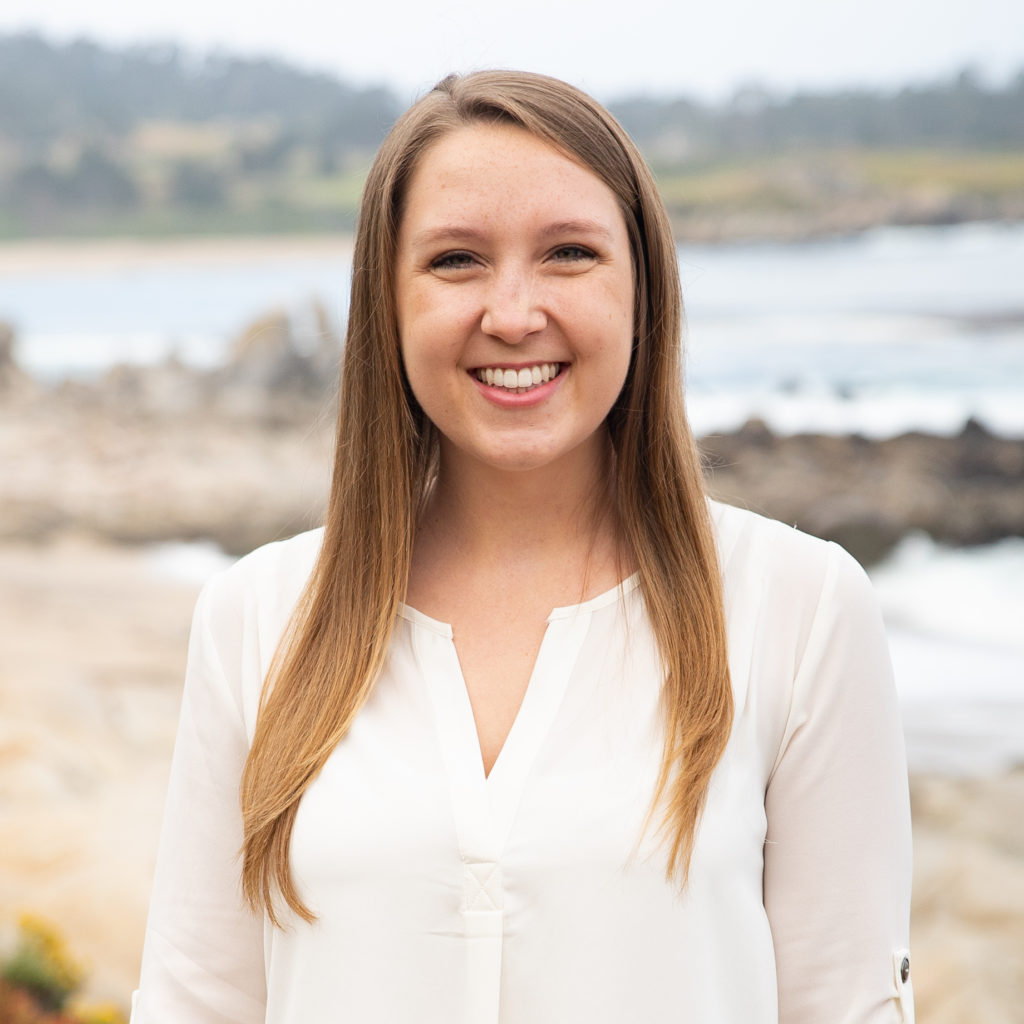 Autumn implements her strong communication, marketing, and organization skills to provide excellent guidance and support to many of Spoke’s clients. From thoughtfully crafting content to refreshing brand materials, email campaigns, and websites, Autumn is well-versed in all aspects of traditional and digital communications with a unique focus on (and a passion for) nonprofit organizations.

Originally from Fresno, Autumn has fallen in love with the Monterey Peninsula where she can be found teaching barre, hiking, and testing her knowledge of random facts at trivia nights. 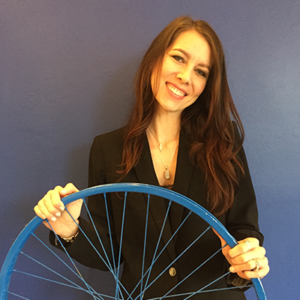 Prior to joining Spoke, Jessie worked for University of California, Santa Cruz as Operations Coordinator in support of programs aimed at promoting access and equity in higher education.

Originally from Southern California, Jessie is happy to call the Central Coast home, where she lives with her husband and their two cats. In her free time, she enjoys cooking and exploring the many hiking trails of the region. 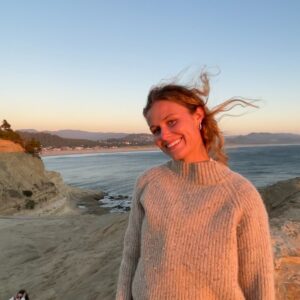 Mckenna brings her unique experiences in journalism, marketing, and corporate communications to the Spoke team. Prior to joining Spoke, Mckenna worked as the head content developer and storytelling lead for a Native-owned marketing and communications firm in Juneau, Alaska, where she focused her time on Indigenous advocacy campaigns aimed at reclaiming land and opportunity for Native communities excluded from the Alaska Native Claims Settlement Act. She also worked closely with southeast Alaskan tribal organizations and Native corporations, working to enhance company narratives by strategizing and delivering poignant communications.

Before her work in the marketing sector, Mckenna worked as an avid journalist for various radio and print publications. While working for KNKX Public Radio in Seattle, Washington, Mckenna won the 2020 National BEA Festival Award Winner for Radio Feature Reporting on Indigenous tattoo revival in the Pacific Northwest, and additionally won the Indigenous Reporting Award from the Institute for Journalism and Natural Resources (IJNR) in 2020 for a researched reporting series on the revival of the Makah whale hunt in Neah Bay.

Mckenna attended Western Washington University in Bellingham, Washington, where she  received her Bachelor’s degree in News and Editorial Journalism with a minor in Psychology while on scholarship for the 100 meter hurdles. She is a Pacific Northwest native – born and raised – and holds a special place in her heart for southeast Alaska, where her family has lived for generations. Mckenna is an enrolled member of the Yakutat Tlingit Tribe in Yakutat, Alaska, clan member of the Galyáx Kaagwaantaan, and her Tlingít name is Keil ti’.

When Mckenna isn’t at her desk, she’s all about getting into the outdoors and traveling with her pup, Willie, and her partner, Teague. You can find her surfing on the Oregon coast, hiking in the Grand Tetons, fly fishing in Montana, or berry picking in Alaska. She’s proud to work for Spoke and be a part of a socially equitable company that strives to make the world a better place. 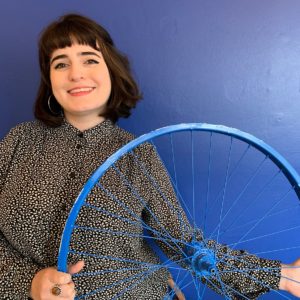 Angela is an administrative professional whose friendly demeanor, keen eye for organizational detail, and inclination to make a positive mark is a huge asset to the Spoke team and their efficiency. Her strengths lie in streamlining existing processes and finding creative ways to support the office and maintain workflow.

Prior to joining Spoke, she worked in Human Resources and supported C-Suite executives at an accomplished landscape architecture and habitat restoration firm. She assisted with a variety of administrative and operational duties, ranging from weekly payroll support to coordinating the redesign and implementation of an annual employee review process.

Angela graduated from California State University, Monterey Bay with her B.A. in Collaborative Health and Human Services with Distinction in the Major. While earning her degree, she interned at the Santa Cruz County Women’s Commission, which advises the Board of Supervisors on a spectrum of issues women and girls face in Santa Cruz County. During her time there, Angela worked with Commissioners to produce a report on Women and Homelessness in Santa Cruz County, which was ultimately presented to the Board of Supervisors in August 2017.

Angela is a Monterey Bay native and was raised along the Magnolia tree lined streets of Salinas. Away from the Spoke office, Angela loves adventuring through the redwood forests with her family in Santa Cruz or spending quality time closer to home in Pacific Grove with her fiancé and their two pets. 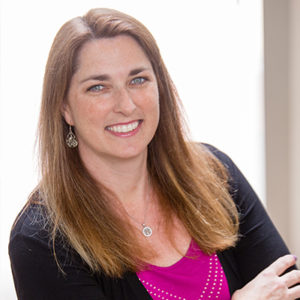 Jennifer has been keeping Spoke’s P’s and Q’s in order since we opened our doors. She brings decades of accounting experience for organizations big and small, for-profit and nonprofit, to her work with our clients and team. Jennifer is a Monterey native, raised along the rugged coast of Big Sur. She loves sunrise walks along the dunes with her dog Tobey, reveling in the genius of the incomparable Dave Mathews Band, and adventuring with her husband Ted and son Parker.

We're always happy to help do gooders do more good. Give us a ring anytime to schedule a free introductory consultation. 831-515-6403

Erin Fogg is creative, strategic, tactical and knowledgeable about her craft. I am impressed with her instincts and disciplined, principled approach to addressing client needs, be it a situation that requires an immediate response or helping develop and implement a long term strategy.
- Dennis Donohue, Former Mayor, City of Salinas and President, Royal Rose LLC

Erin is a visionary who not only sees the big picture but delivers it. Her drive for a better world, her keen intelligence, and her grace make her a great partner for companies that want to create change. She has been a pleasure to team with over the years as she inspired and managed large projects that I designed — all met with kudos by our clients.
- Susan Bercu, Principal, Susan Bercu Design Studio

Erin Fogg has everything you hope to find in a communications professional: she's extraordinarily smart, skilled, creative, honest and all around just a pleasure to work with.
- Spencer Critchley, Managing Partner, Boots Road Group, LLC

Erin is such a pleasure to work with - flexible, creative and sharp! She'll become a trusted friend and partner who whole-heartedly shares your mission, and works tirelessly to further your organization's goals.
- Laurel Hill, Deputy Director, Community Action Marin

Working with Erin is always a pleasure! Her ability to communicate and manage the details of a project creates a smooth, desirable process. In the end, I am always happy with the work we have produced.
- Lisa Derian, Principal, Derian Design